So whilst I was attempting to get more screen time I realized that something was wrong with my back testing. I was STILL missing the open when daylight saving was in effect on the US’s East Coast. This immediately spurred me into rewriting the way gdax-pulse handles daylight savings and caused a work of hurt for a week. Lots of late night with a documentary in the background furiously typing away on my laptop (two things of note: dell refurbished laptops are dope, Netflix’s Rise of Empires: Ottoman also dope). When it was all said and done I was really happy with my solution.

I loaded it all into my master project and started back testing… the issue persisted.

Despite my beautiful new and thoroughly tested method I as still having a problem as my code was never the issue to begin with (of course). As it turns out Alpaca had launched v2 of there data API including their GetBars endpoint. Let’s just say their data initially had some issues (the source of my problem) and they had resolved it and sent an email to their user’s informing them that I promptly deleted before reading... I may or may not be the worst.

Goals For this Week

Needless to say, it’s been a crazy week. I got the v2 integration just about wrapped up as we speak. Going to try a data download in just a few so I can hopefully start back testing some ideas without too much worry. After that its time to move the last few months of into the integration branch and start using it live.

Thoughts on the Week

Just had a trend following trade exit in LINK-USD slightly above average as I was hoping for. Still have a much longer time frame position open in LINK, but again tis half sized compared to my usual positions. Also still holding ETH from about the $2600 level, as with LINK it is two half sized positions, one on the hourly one on the daily. I am quite happy with them.

At this exact moment of writing this (May-11-2021 00:30 UTC) I am sitting in the tail end of a mean reversion trade in REP-USD, the last straggler from this afternoon’s rip down. There has been a quit welcome spike in volatility in the last few days that has suited me quite well. I would venture to guess I’ve almost clawed my way out of the draw down I went into during the last violent move down.
For the next week I got nothing. ETH is starting to hit some resistance as it moves upwards, and it seems every day some crypto or another is up 20%-30% and as another is crashing down. Bottom line is trade with a plan and watch your back. I keep seeing posts about one exchange or another getting bogged down with traffic. Even had some issued with connectivity and my bots.

Have a fantastic week everyone and remember if you aren’t the shark, you’re its food.

Part of the lack of regulation that the crypto community seems to desire, coming from the almost chaotic, anarchist nature of the desire to decentralize finance and cut out the big bag scary governments, it that if they want to, whale can make a splash. 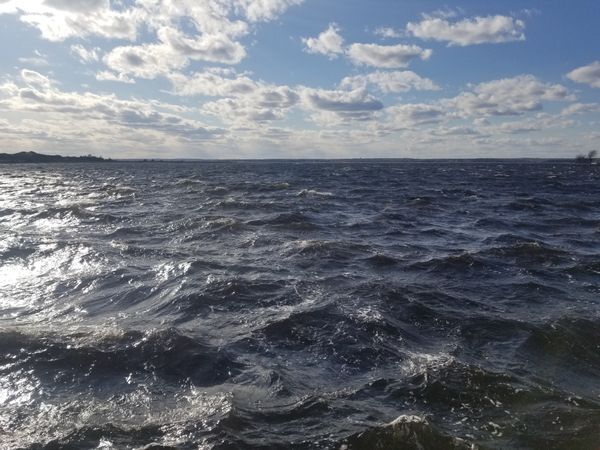 In the two weeks since my last journal entry I had both one of the best and one of the worst trading days years to date.