Having just entered the trading game it feels like not a month goes by without me making one mistake or another.

Things have been going well this past year for my trading. Price has been steadily moving allowing both my trend following and mean reverting strategies to work rather well. My stats are where they should be in this environment and despite a near 50% cut in BTC’s price during the year my account has continued to raise. So where did I go wrong? I chickened out. I started to look at the money in my account that I had earned and wanted to play overly defensive with it. This started after the May/June rip down while I was away. My account took a rather large hit (though not outside of what I would see in back tests) and having it happen in real time was harder to stomach than anticipated. This led me to cut all my positions to half of what they should have been according to my rules. In spite of this I was able to recover my account nearly to the highs of the previous few months however this price action would have taken my account to new highs had I followed my rules.

The concern now is correcting for this mistake and unfortunately, I don’t think I can do it cleanly. Drawdowns happen it’s a fact of trading. Generally, one varies their position size with their account. In my case I keep my position size such that I typically risk no more than 2% of my account on any trade. Call me old fashioned if you want but this grows my account and lets me sleep like a baby while the computers fire away. Now ever since the drawdown I had in the spring I have been trading about half of what I should be according to my rules. The longer this goes on the closer I get to my next drawdown, if I scale up now, I could get ripped in half by another correction only this time on positions twice that of the positions that grew the account. This would be very bad. The flip side is the next correction in my account could be a long way away and I am giving up on these gains now and could go the next two months and not recapture an all-time high in my account value.

I know a very first world problem to have and I feel rather icky simply complaining about it, but the purpose of this blog is to track my trading journey and pass on some wisdom that can maybe help other. This post’s take away should absolutely be to follow your rules when you have evidence they work, the rules are there to keep us from making a mistake when reacting in fear. That’s not to say rules shouldn’t be re-evaluated once in a while but in the chaos of tricky circumstance its best to stick with what you’ve got then to try and make it up on the fly for stuff like this.

As for my current trading I’ve notices that one of my starts is making nearly 60% of my profits. The book One Good Trade comes to mind. I am looking at expanding the pairs I run it on as we approach the end of the year. The trend following strats are underperforming due to my position sizing snafu but still performing well.

Currently I am sitting in LINK, ETH, ADA and BTC split between long term momentum and buying the recent break outs.

I am cooking up some research that I hope to share in a new format in the coming month. The end goal is to isolate some patterns and possibly come up with a new strategy, so stay tuned.

Until next time folks keep trading and FOLLOW YOUR RULES!

This month marks the beginning of the python development portion of my software. I’ve been meaning move my JS libraries into python for some time. .. 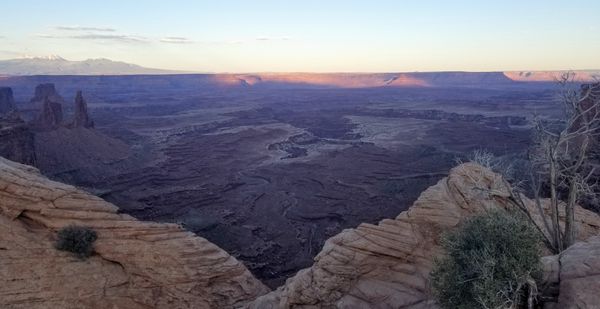 After a much-needed hiatus from writing during the summer months I am returning to writing semi-frequent articles. I’ve been coding away on improvements for my system focusing on stock trading and bug fixes.